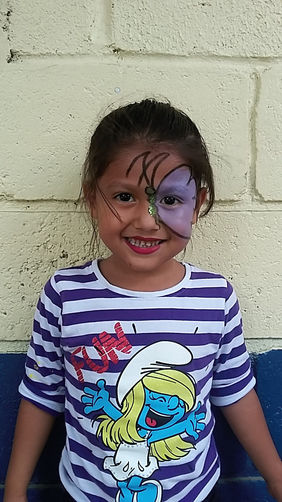 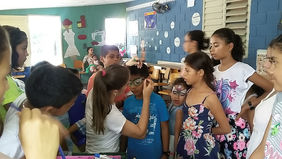 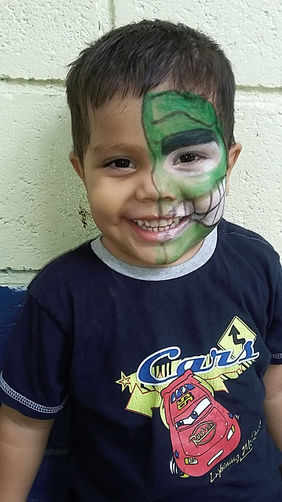 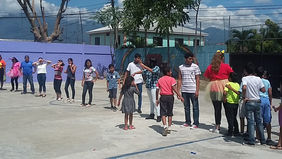 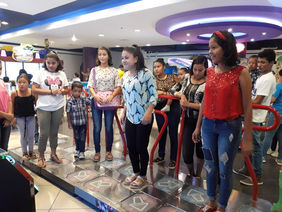 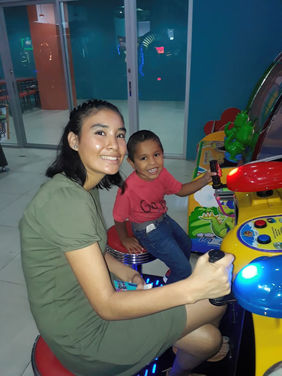 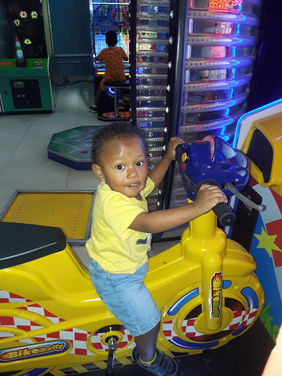 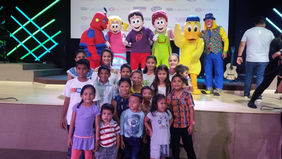 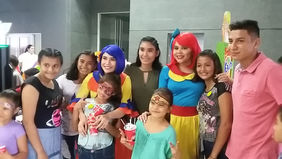 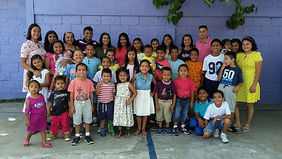 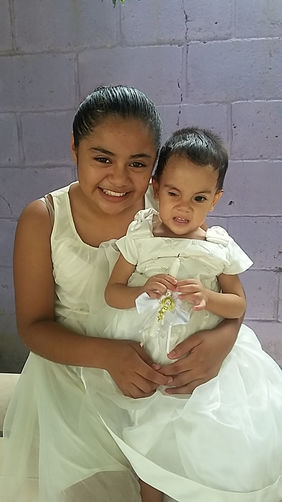 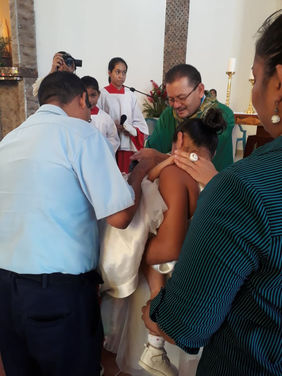 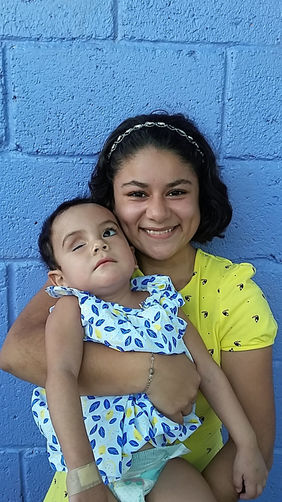 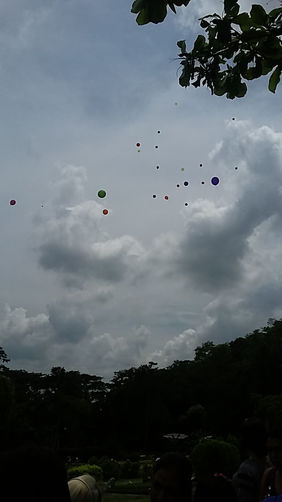 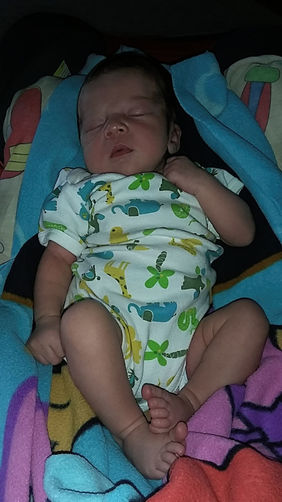 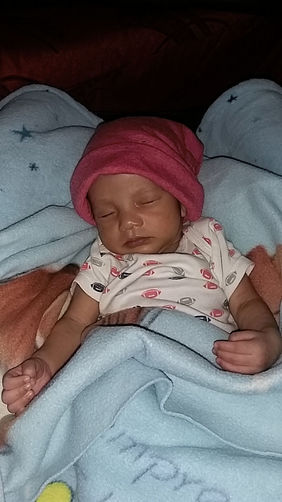 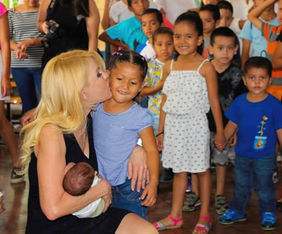 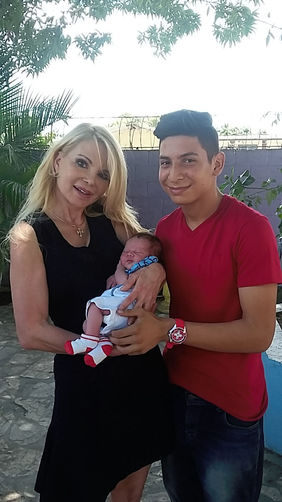 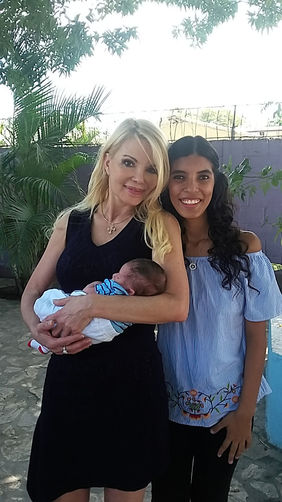 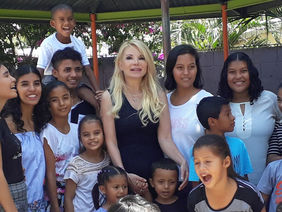 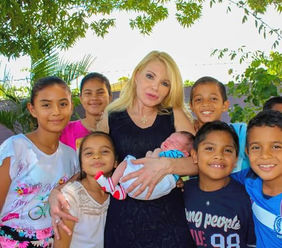 On 31 May 1990, the Honduran state decided to set the National Children's Day to September 10th. This day is an instrument that fulfils the essential principles of children's rights. Children should be guaranteed access to their general well-being.

35% of the Honduran population is younger than 15 years. Sociologists believe that this is a great opportunity for the country. Unfortunately, reality does not look so rosy. Since birth, most children have known nothing but poverty, homelessness, work and begging.

Our children are aware that they have a great privilege to grow up sheltered in a children's home, that they lack nothing and that many people think of them and support us.

A Swiss friend of the children’s home gave each child a new set of clothes for this special day. A company invited us to the City-Mall. There the children were allowed to play with the gaming machines for one hour. Afterwards we had a fine lunch and finally we went to the cinema to watch the movie Winnie Pooh by Christopher Robin. We were invited to enjoy the whole day at the company's expense and we are very grateful for that.

On another day the little ones were invited to get to know the cartoon characters "Biper y sus amigos" live at a show.

Every weekend we were visited by individual groups who spent the day with our children. There was always much fun and games on the program and they brought us presents, cakes and piñatas

"It doesn't matter when you lose a person, it's always too early and it always hurts..."

Ariana, our little two-year-old who came to us last year with a retinoblastoma, lost her right eye at the beginning of the year. She had overcome all chemotherapies (see newsletter March 2018) and it looked very good in the beginning. We were hopeful that she was now cured and no longer had to fight cancer.

God needed an angel in heaven and decided that this would be Ariana. In August, the doctors diagnosed her with a brain tumor with a progressive disease of the central nervous system. The oncologists could no longer do anything with the means of conventional medicine.

Unfortunately, we only have our fate in our hands up to a certain point and cannot turn back time at the clock of our lives. That's why we had to accept Ariana's fate and we baptized her at home and tried to give her beautiful, serene, painless and loving last days of her life until she was allowed to fall asleep peacefully in our arms on September 19th....

For most of our children this was the first contact with death. Because they loved Ariana, death suddenly received a face for them. Unusual for everyone, because this time it did not come in the form of violence, as we know it from Honduras. Thanks to the very close relationship with her, they have lost their fear of death. With the certainty that she is better now and that she no longer has to suffer, we could let her go...

At the end we gave her an honourable wake and a burial ritual with a symbolic sign of letting go in the form of balloons.

Although she has gone from the earth, she will always live on in our hearts...

After Arianas death each of our children grieved in its own way and the opressed mood of grief was omnipresent in the home... However, it did not take long until our family grew again in the form of 2 newborns. Through the admission of Abraham and David we all became aware that life goes on and that both birth and death belong to the life cycle.

One of the newborns was abandoned by his mother and came to us when he was 3 days old. The other was 15 days old and was taken away from his mother as his children's rights were violated. He was born with a chronic malnutrition, so both were about the same stage of development.

Until now, we had never had such tiny bundles of joy with us. But clearly everybody adapted very quickly and all the children take utterly well care of them and after a short time both have gained weight and are developing splendidly.

We had the honour to welcome the famous former Honduran first lady of the years 2000 to 2004, Aguas Ocaña from Spain, at our children's home.

During her time in office, she fought very hard for the Honduran children and for their rights. In 2007 she failed for divorced and left Honduras. However, she has left a piece of her heart here and still feels connected to the country.

She was and still is a fighter for the concerns of the children and has personally adopted 4 Honduran children. Even today she has her own projects in Honduras and relentlessly keeps supporting this country so dear to hear heart.

Our children were very impressed by her demeanour and comportment, and above all they became aware that celebrities are also "normal" people. She told the children about her work with all the big daily obstacles in this corrupt country. Especially for our elders it was very exciting as they had read their book "Dos Passiones".

Actually only a stay of approx. 30 minutes was planned, because she had an extremely tight schedule. She visibly enjoyed the good atmosphere in our home and therefore extended her stay with us by a few minutes. She took many photos together with our children for her personal souvenirs, but afterwards she had to “run” to catch up with her other duties.